On Thursday 30 June Big Ideas Company were in Delhi working for the British High Commission on their unique Somme vigil which was held in CWGC Delhi War Cemetery.

The cemetery which is a beautifully tended tropical garden contains the graves of more than one thousand British and Commonwealth soldiers from the First and Second World Wars.

The event featured a performance under the magnificent Delhi 1939-45 War Memorial Gates which were bathed in marigold light for the occasion.  Indian baritone Bhanu Sharma sang ‘The Lads in Their Hundreds’ set to music by George Butterworth.

Butterworth himself fought at the Somme with the Durham Light Infantry, and was killed by sniper fire on 4 August 2016.  His body was never recovered and he is commemorated on the CWGC Thiepval Memorial along with 72,000 British and South African troops missing in action.

The performance was recorded and broadcast the next morning on BBC Radio 3 to mark the centenary of the first day of the Somme. 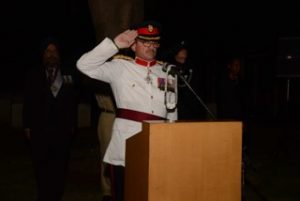 Guests had the chance to sample trench cake and gunfire tea. 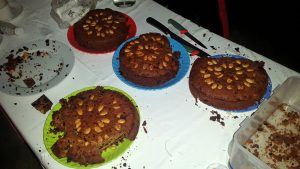